By Refugee Rights Action Network On 27 May 2013 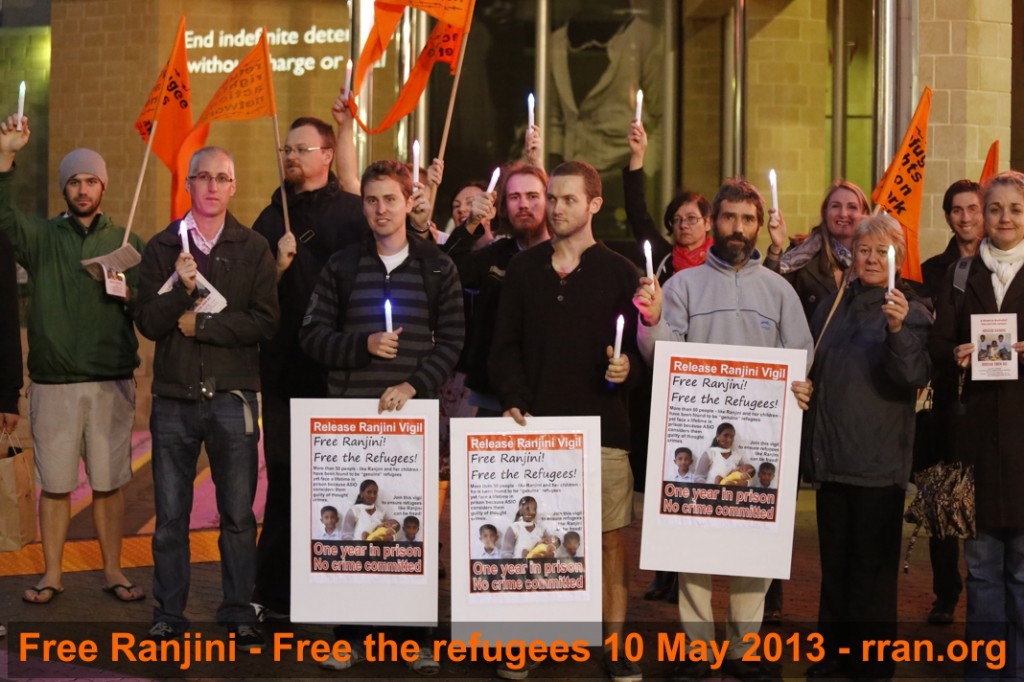 Refugee Rights Action Network held a vigil on May 10 in support of Ranjini and the more than 50 refugees like her who are held in detention even though they have been found to “genuine” refugees. They face a lifetime in prison not because of anything they’ve done, but because ASIO considers them guilty of thought crimes. Typically this involves having sympathies with the Tamil Tigers or other sections of the Tamil liberation movement which is not that dissimilar to people in an earlier period having sympathies with the ANC in South Africa or the liberation movement in East Timor.

It should be noted that ASIO does not have to reveal their reasons for their assessment and the refugees in question have no right of appeal against this decision.

Ranjini has recently given birth to a new baby – who faces an entire lifetime behind bars unless the government can be pressured to release these refugees.