Seven people from several Australian cities were arrested by Northern Territory police for trying to make contact with refugees inside the Wickham Point Detention Centre outside Darwin.

They were out at the remote site to show support to the 500 people locked up there for legally seeking asylum in Australia. The protest occurred the day after a refugee inside Wickham Point tried to commit suicide.

“This protest was meant to be a message to the Australian public and politicians that people are prepared to come out in these 40 degree conditions, and are prepared to challenge the police that defend a detention centre that locks up innocent people,” Jay Fletcher, spokesperson for the Easter refugee convergence said.

“Wickham Point is Australia’s newest and biggest detention centre, the government has built it to lock up 1500 people.

But this site is considered ‘unfit for human habitation’ and locking up people in the middle of nowhere so no one can see them and help them.

“This system kills people, it has been killing people for 20 years.”

Police and private security had blocked the entrance to the centre when about 35 refugee supporters arrived. Last Thursday, representatives from the Department of Immigration and Citizenship and private detention contractor Serco banned four refugee advocates from officially visiting the asylum seekers inside.

Mark Goudkamp, among the seven arrested, said: “The ‘approved site’ for our protest at Wickham Point was out of earshot and out of sight from the people we’d travelled across the country to support. Our simple attempt to reach an elevated point where we could interact with the asylum seekers, albeit still from a long distance, is clearly not what DIAC, Serco or the police want us to do.” 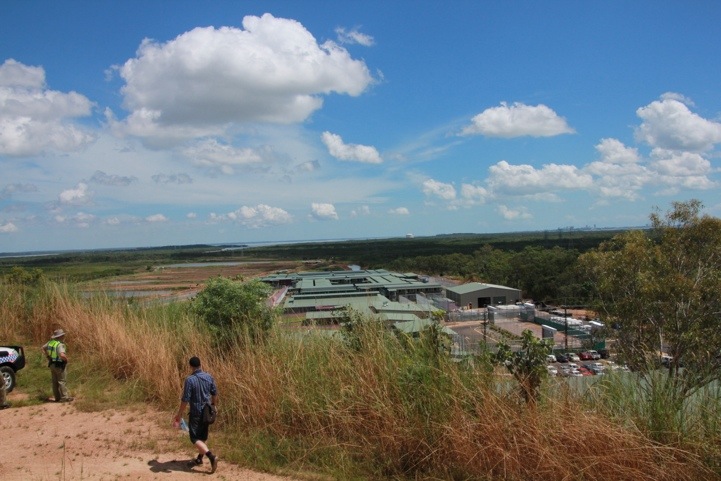