The refugees demanded to know the reason for the search, but the 15 Serco guards refused to give any reason. There has never been a search of the housing accommodation units before.The Tamils argued with the guards and demanded the names of the guards conducting the search.

Shortly after the initial search around 30 Serco guards returned with handcuffs and told two of the most vocal Tamils opposing Serco’s search that they could quietly get into the car or they would be taken from the compound by force. The two were taken to Stage 3 of the Villawood detention centre and subjected to a strip search in front of female officers. The two are still waiting for their clothes to be transferred from housing to Stage 3.

“This is a shocking act of retribution by Serco and the Immigration department. Serco is acting as the Immigration Department’s attack dogs to crackdown on the ASIO negative refugees,” said Ian Rintoul, spokesperson for the Refugee Action Coalition.

“The refugees have a right to talk to the media. But Serco is abusing its detention powers to stamp all over the democratic rights of refugees and dish out politically motivated punishments in an attempt to intimidate refugees and their supporters.”

The raids follow Immigrations arbitrary changes to restrict visiting rights at the residential housing complex. Tamil refugees have written to the Minister demanding that the restrictive visiting arrangements be reversed (see attachment).

“It seems clear that the Minister and the department have been more than embarrassed by revelations concerning the treatment of ASIO negative refugees and are trying to silence its critics and the media.” 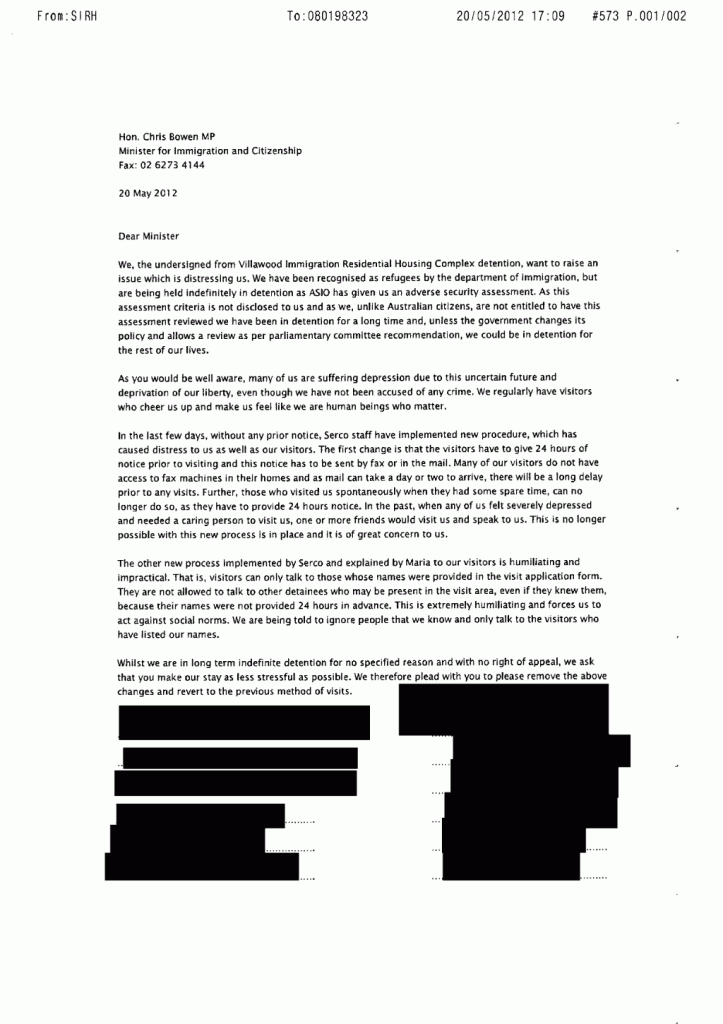