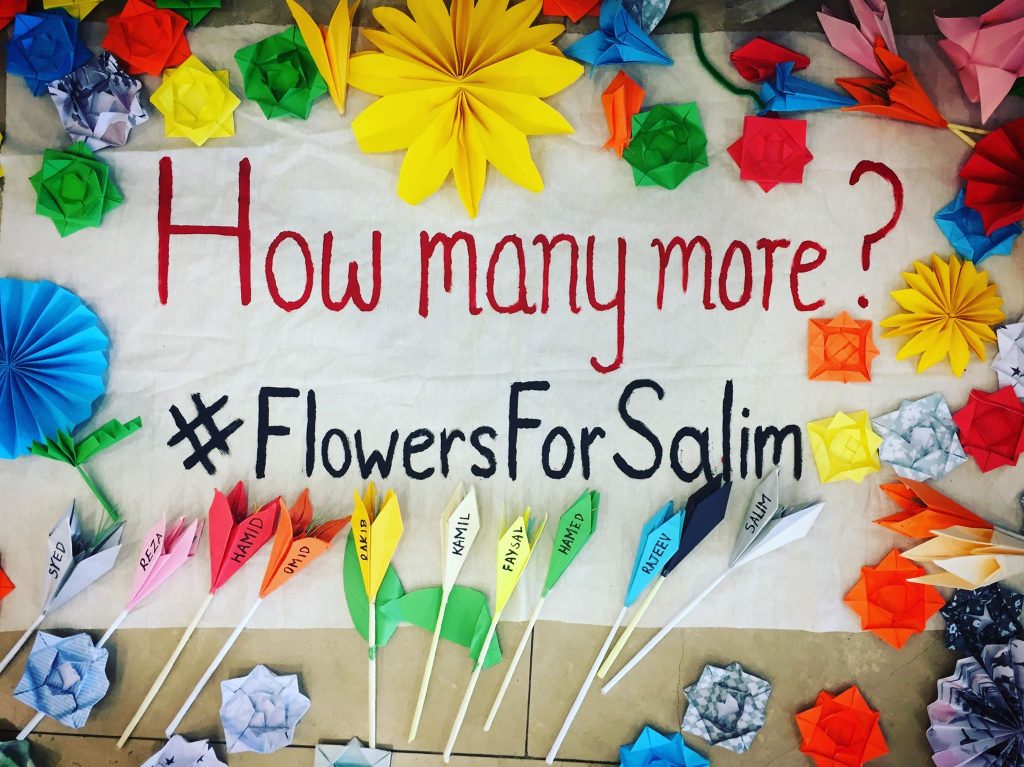 On Tuesday 22 May, a Rohingya refugee and father of three, named Salim was killed on Manus Island. He is the 7th death in Australian custody on the island since 2014.

Salim was a man who had suffered from epilepsy for a prolonged period. He was transferred between Manus and Australia for medical treatment on multiple occasions however in recent years pleas for medical attention went unheeded. Behrouz Boochani, a Kurdish journalist and prisoner exiled to Manus and then Lorengau provided the following analysis, reported in the Guardian, “Salim and many others were driven to death by the application of systematic torture. The death of Salim is the outcome of organised tactics of violence that involve a chain of command and administrative procedures. These are deaths ordered by political actors and a government that knows what it is doing; strategic manoeuvres designed to eliminate people incarcerated on Manus in the most violent way.”

During the October protests on Manus last year, Salim could often be seen bearing flowers. One of Salim’s friends once asked him about why he protested with flowers and he responded simply “They give me pain but I will give them flowers until they are ashamed.”

Today a group of people occupied the Perth Immigration Department Office for two hours, making paper flowers to peacefully protest the ongoing state sanctioned violence against refugees. Flower bearers called for an end to the intentional killing of refugees offshore in the name of ‘deterrence’ and ask that Manus and Nauru be evacuated immediately and people brought to safety in Australia while permanent resettlement options are finalised and facilitated. 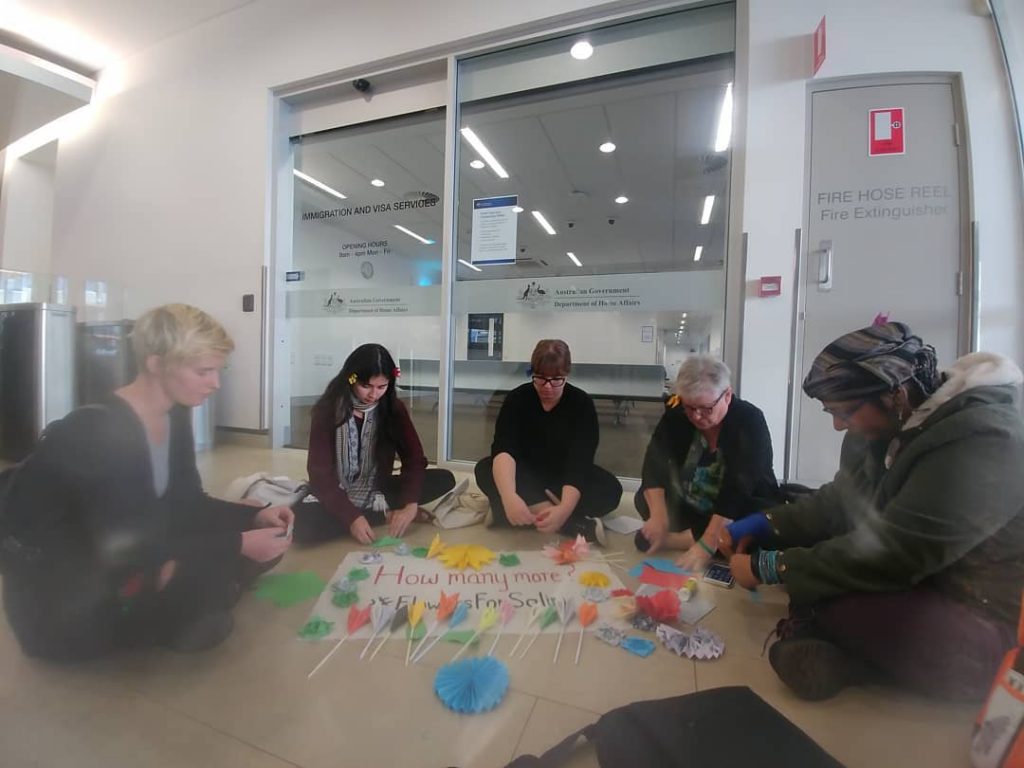 Following Salim’s death, Mohammad Imran, a fellow Rohingya refugee, writer and human rights defender held in Lorengau wrote, “I recall telling the security guards on hundreds of occasions that he would die here if he did not receive the proper treatment for his epilepsy. He had been through hell for five years and all we could do was watch him suffer and call the security guards to take him to the hospital in the hope he would receive effective treatment.

I wonder if the authorities are feeling triumphant tonight, knowing there is one less innocent to be concerned about, although as they have not shown any compassion in all these years, I doubt they will even acknowledge his death.”

Today in Perth, we channel and remember Salim’s peaceful resistance against violence and deliver flowers to DIBP in his name. Flower bearers stand in solidarity with the human rights defenders on Manus. We reinforce the point raised by several men held on the island that more deaths should be expected if the government does not take urgent action. We ask ‘how many more deaths will the Australian government and people accept?’ We call for an end to deaths by policy. 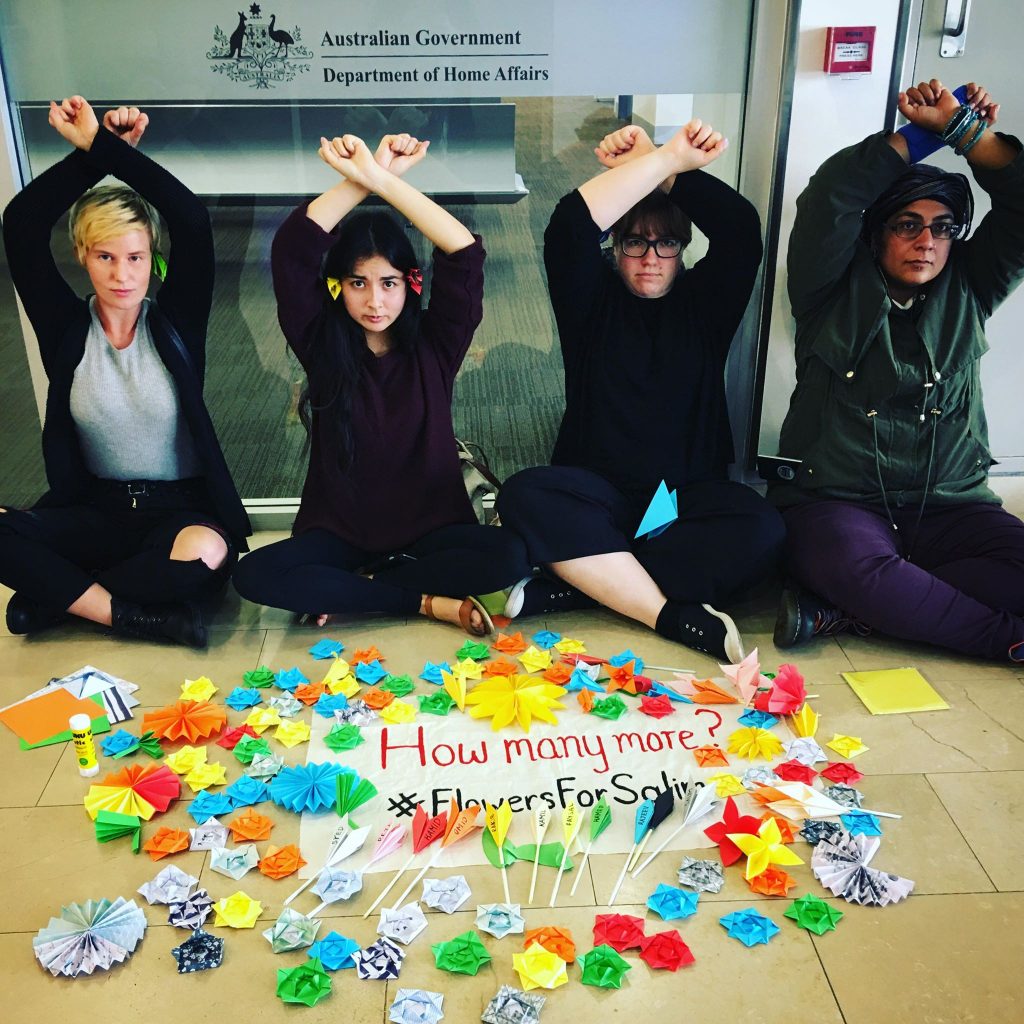 Reading a statement from a friend of Salim’s

Reading an article written by Kurdish journalist and political prisoner, Behrouz Boochani, published in The Guardian

Reading a speech by Abdul Aziz, a writer and human rights defender held captive on Manus